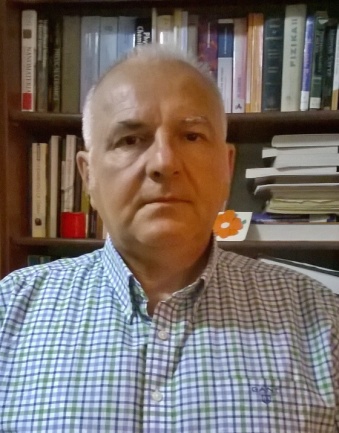 Branko Matović, Dr.rer.nat. Prof. and Scientific Advisor since 2010, head of the Center for Excellence for the Synthesis, Processing, and Characterization of Materials at Extreme Conditions. Born on 26 November 1959 in Kraljevo, Serbia. He graduated from the Faculty of Mining and Geology at the Department of Mineralogy and Crystallography, where he earned a Magister. He got a Dr.rer.nat. title at the Max Plank Institute in Stuttgart, Germany, in the field of structural non-oxide ceramics. Employed since 1989 at the Institute for Refractory Materials Magnohrom, Kraljevo, and since 1998 at the Vinča Institute of Nuclear Sciences, where he obtained all the scientific titles until 2010 when he was becoming a scientific adviser.

In the teaching activity, he has invited a professor during the period 2010-2011. as well as 2016-2017. at the University of Tokyo Institute of Technology, Japan. He is also a visiting professor at the Indian Institute of Technology Madras, India; where he lectured on several occasions and was the evaluator of two doctoral dissertations. He also enrolled at the Military Academy for postgraduate studies. He was a mentor in 18 doctoral dissertations. He led the process of accreditation of academic, master, and doctoral studies.

In scientific and research activity he works in the field of synthesis of nanoparticle oxide powders, the study of the structure of solid solutions suitable for ceramic fuel cell components, the synthesis of non-oxide ceramic parachutes, and the study of the phenomena occurring in the densification of covalent compounds with low soluble additives and oxide compounds in solid and in the presence of a liquid phase the influence of the crystal lattice defect, the activity of the starting materials, the diffusion mechanisms that dominate the synthetic process and the influence of high pressure), phase transformation and phase equilibria. He has published 5 chapters in books, over 220 papers in international journals from the SCI list. According to the data provided by Scopus, the number of his citations, without self-citations, is 2000, while the h-factor is 26, as well as the i10 index, is 110. He was a mentor in 18 doctoral dissertations. He has given 35 invited lectures at international conferences, was a member of the Program Committee at over 20 international conferences. He is a reviewer of 20 leading international journals, as well as for the accreditation of higher education institutions and study programs and projects of the Ministry of Science. He has managed 6 domestic and 9 international projects. He participated in the commission of the Ministry of Science in the development of the national scientific strategy. He also led the process of accreditation of academic, master’s, and doctoral studies on several occasions.

In international cooperation, he has made numerous short study visits to Universities of developed countries, as well as long visits where he was an invited professor, where he initiated the signing of scientific cooperation between the leading world institutions in Japan, Russia, Germany, Canada, China, India as well as in many European countries.

In management activities, he was also the director of the Materials Research Laboratory (2005-2016), the manager of the Center for Excellence at the Vinča Institute. He was one of the initiators of the founding of the Scientific Society for Ceramic Materials of Serbia, whose president has been since 2013. He was also the initiator of the establishment of the Serbian Society for Innovative Materials for Extreme Conditions, of which he is the current president (2019).

He also organized 5 international conferences in the field of ceramics in Serbia, which were attended by eminent experts from around the world.